Christopher Todd Smith  appeared before Judge Jack Alsop in Calhoun Circuit Court today and was sentenced in a timely manner shortly after 10am!

“Hot Toddy aka Christopher Todd Smith  received One to Three years in Prison today with time served! ”  …according to a noon report from Cosmos Communicator!

Depending on how one processes the “Time Served” Smith could be out of prison by early 2011, however that is not likely if Judge Alsop has anything to say about it, along with several Calhoun County citizens that have been waiting for this day for the better part of three years.

Sentencing meted out by 14th district circuit court Judge Alsop today is related to a drug charge which originated in Grantsville in 2007, with police saying Smith possessed about a gallon bag of marijuana with intent to deliver. 193 grams it was later determined.

The recent plea agreement appeared to have been one of two options, incarceration in prison for not less than one year nor more than three, or a determined number of days to be served in Central Regional Jail. (2009 Smith Court appearance below just after plea agreement was denied) 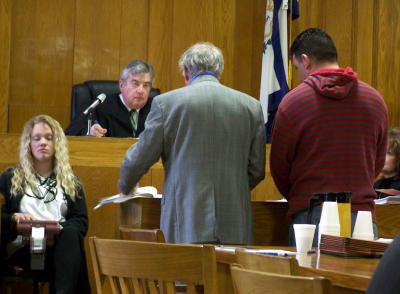 The Shelly Morris DeMarino "Sweet Deal" Snitch in the future agreement was rejected in 2009 after the Smith Case had been before the court for two years! Smith on right with his defense counsel!

Judge Nibert had rejected a request for a plea agreement in 2009. The case was continued into 2010 and was one of the last cases on the agenda of “Departing” Calhoun County Prosecuting Attorney Shelly Morris DeMarino. (photo-below) 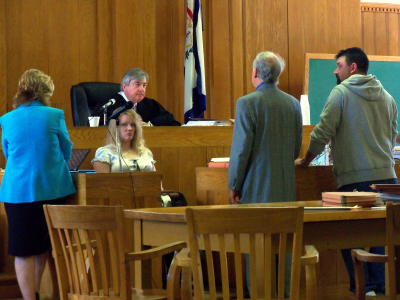 Shelly D tried to get a deal for Smith in 2009, but HOT TODDY never did have to face the 2010 APRIL trial - as another last minute deal was signed on the very day documented by this courtroom photo

Both Judge David W. Nibert and Thomas Evans III had already recused themselves from the case and Judge Jack Alsop had to be appointed by the WVSC to hear it.

Smith also filed a motion that Alsop also be disqualified, however that effort was 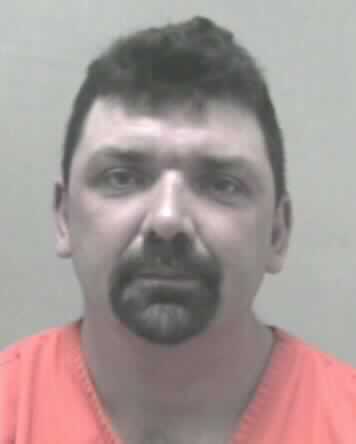 "CULT" Leader and man believed responsible for starting many of the 07 Calhoun County "Mystery Fires!"

Christopher Todd Smith, formerly of Grantsville was once  charged with stealing a dead man’s credit card after he died in a car crash on Route 47 near Leachtown, Wood County on October 30th.
Smith apparently came upon the fatal crash of Randolph Fluharty, a resident of Mineral Wells, taking the man’s credit card and using it the same day to purchase an ATV. A despicable act, and then Smith for years claimed to be friends with Judge Facemire of Braxton, County. 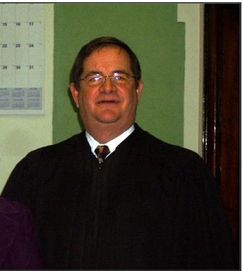 Judge Alsop usually holds court in Crooked County but paid a visit to the Calhoun Lagoon of Conspiracy and was the judge that had the courage to sentence the CULT leader Hot Toddy to 1-3years in Prison.

“One year to the day,” before the 2010 plea agreement was made – the  April of 2009   SNITCH DEAL plea agreement, authored by Shelly Morris DeMarino regarding Smith’s  2007 drug charges–Judge Nibert rejected, indicating Smith had a 20-year history of criminal charges in several counties, including the theft of a credit card, mentioned. Smith purchased an ATV with the credit card, and  spent some time incarcerated for the theft- and robbing the card from the body of a man just killed in a car accident.

On March 22, 2010 –  I thought this case was going to go all the way until 2011 when through his attorney Tom Whittier, Smith presented new motions to Circuit Judge David W. Nibert.

Nobody wanted to hear any NEW motions of any kind — since the dope arrest was from October of 2007 and the matter had not yet been brought to trial.

One motion made by Smith’s attorney Tom Whitter was for an In-camera hearing, a closed or private session with the judge.

In Camera refers to a secret and private discussion and trials held with the judge in his private chambers or in the courtroom without any public or jurors.

Normally sensitive matters and matters of national security are tried or discussed privately which may or may not be recorded. Doubt Hot Toddy has any legitimate matters that would require and IN-CAMERA situation.

Judge Nibert responded, “I don’t want to have a hearing (on motions) on the trial date!”

Prosecutor Shelly DeMarino said “I oppose this. It has drug on far too long, too many continuances,” while reviewing the court record.

Fire Starting Cult members moved a lot of meth and pills and threw some outrageous parties in Calhoun County, the group was infiltrated by SS members in 2006 and photo's were taken!

Stephanie Stamper AKA Lil Steph, a sister to the deceased Kelli Nicole Stamper-Lawson AKA Lunacy Lucy of the Fire Starting Cult was recently almost run over by Todd Smith AKA Hot Toddy leader of the CULT!

This incident that involved Smith backing his truck up in a threatening manner as if to ram the vehicle into the young Stephanie Stamper prompted her to file a protective order against Smith.

DeMarino expressed concern for Lil Steph – who could have been a witness for the prosecution in Smith’s drug case-we predict that she will testify to the fact that SMITH KILLED KELLI LAWSON in a pending murder investigation, cuz Kelli knew too much about Hot Toddy’s drug and gang operations-technically at one time, the Central West Virginia SS and CCC considered Lil Steph a full fledged member of the Fire Starting Cult! 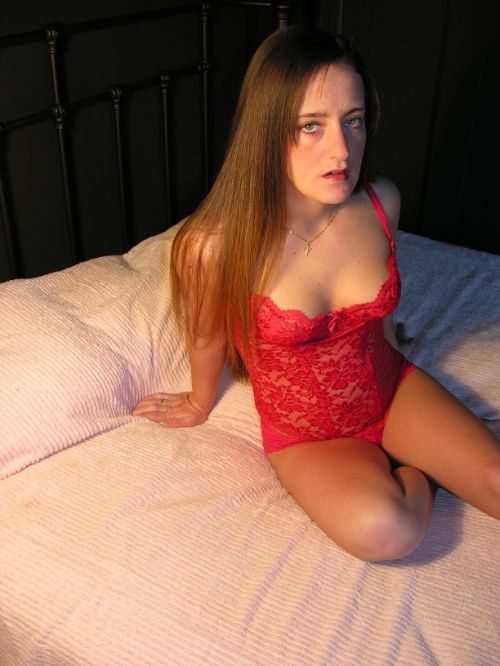 Kelli Stamper-Lawson was formerly Smith’s girlfriend.  She died of what has been rumored as 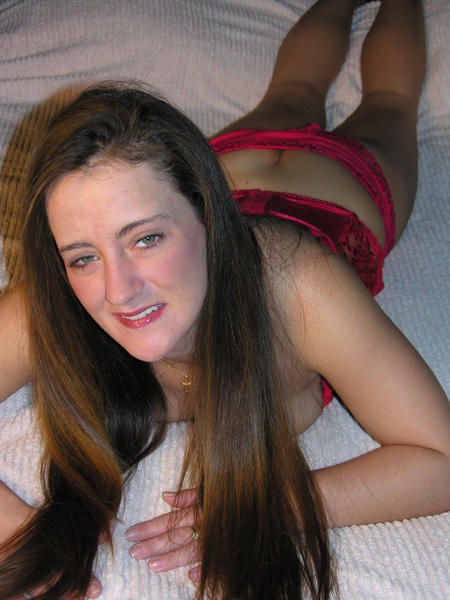 Kelli Nicole Stamper Lawson was originally from Lewis County and was the constant companion of Hot Toddy leader of the Fire Starters!!

a drug overdose  last December 26th — Lawson was found unresponsive in Smiths bed in the wee hours of the morning at 4:30 am the 26th just after an Xmas night Celebration at Smiths home in Weston. Inside information revealed Lawson died from a cocktail of illegal drugs.

Now that HOT TODDY is a bit tied up over the 2007 dope rap he has several more charges to face, with even more jail time to look forward to. We will keep you up to date via reports from the Cosmos!

….the Cosmos Communicator the New Flagship of the West Virginia SS!